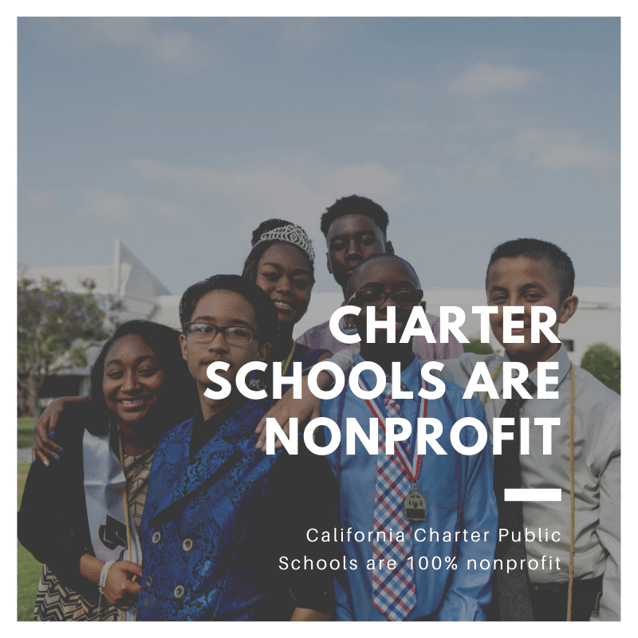 This series will seek to tell the other side of the charter public school story in a way that will bring context to what we believe are truths about charter public schools in general, and specifically about high performing networks, like our own KIPP SoCal. In doing so, we hope you join us in refocusing the narrative on what truly matters: a great public school education for all of our children, regardless of zip code, income, language, or ability.

Charter schools are public schools operating under an independent contract or “charter” with an authorizing agency—typically a non-profit organization, government agency or university.  The charter provides the school with operational autonomy to pursue specific educational objectives regarding curriculum, staff, and budget. It also holds them accountable to the same (often higher) standards of their district public school peers.

Why is it important that Charter Public Schools are nonprofit?

Given the shifting landscape for charter public schools and uneven performance of charter schools across the country, a move towards banning for-profit charters ran parallel to the need to inject transparency, accountability and some control into the school choice movement.

And though the new legislation is not perfect, the new law sends an important political signal that transparency and accountability in the school choice movement is a major issue that will be addressed in an escalating and strategic fashion. In California, it has been addressed head on.

Every KIPP school is approved to operate by a charter school authorizer—typically a district school board, university, or state department of education—that makes sure the school is living up to the commitments in its charter and complies with relevant federal, state, and local requirements. KIPP schools are primarily funded through public federal, state, and local dollars, along with supplemental funding through charitable donations from foundations and individuals.

KIPP SoCal has always been transparent, always been accountable, always tuition-free and always run by a nonprofit organization serving the needs of each of our KIPPsters who choose to find a home within one of our schools across Southern California.